FacebookTwitterEmail
Previous Next
Grieving A Christian’s Suicide: When a Believer Commits Self-Murder

Grieving the death of a loved one is hard enough. If your loved one committed suicide, the question of intentionality plunges the surviving loved ones into what is known as “complicated bereavement.” If the deceased was a believer, the situation becomes even more complex, given the Judeo-Christian affirmation of life as worth living. In 2019, suicide is the 10th leading cause of death in America, and the number one cause of death for 10- to 14-year-olds in Washington State.

The one who commits suicide is the perpetrator and the primary victim, as the ultimate act of self-harm. Yet with a completed suicide, the ones left behind become unwitting secondary victims of the violence.

In the surreal aftermath, emotions, memories, and perceptions become entangled like a ball of yarn, twisted and unpredictable. Little makes sense. The family or fellow students naturally ask what is next and who is next. If tragedy can strike this close, anything is possible.

Suicide affects Christians as well as unbelievers, so how does a Christian mourn the loss of a loved one who kills himself? Let’s look at a few Bible passages about suicide to inform our approach to this pervasive problem. Let’s look at what a Christian’s suicide is and is not.

Your Loved One’s Suicide is Not Your Fault

“Choose for yourselves this day whom you will serve…” – Joshua 24:15

From day one, God imparted to humans the dignity of free will – the weighty prerogative to choose according to their desires. As C.S. Lewis writes, “There are only two kinds of people in the end: those who say to God, ‘Thy will be done,’ and those to whom God says, in the end, ‘Thy will be done.’”

As horrendous as the outcome is, the deceased loved one chose this course. Other destabilizing factors like current emotional duress, loss of job or purpose, chemical imbalance, and drug use (prescription or otherwise) all influence his decision to kill himself, but ultimately, this was his decision to make.

Many a loved one’s first response to the shocking news is “No!” because suicide makes no sense. Most people work hard to preserve the quality and length of their lives. Furthermore, Jesus paid for our lives with His own blood, so a Christian’s life is not really his. 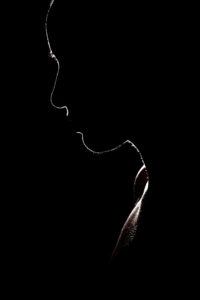 The Christian has relinquished the right to die on his own terms. Earthly life is a finite resource to be stewarded wisely. God in His sovereignty has numbered each person’s days, providing ample tasks for each Christian to engage during his brief tenure.

Soon after hearing about the loved one’s suicide, the survivors will likely question what they did wrong to “let this happen.” Then come the questions, sometimes relentless, always unanswerable. Only God knows if human intervention would have prevented this tragedy or just postponed it.

You don’t know what would have happened if you had returned his phone call, responded to his last text, locked up the prescription bottles, removed the gun from the house, had a chance to say goodbye. Those untaken paths must remain mysteries, so ruminating over what could have been does not benefit you or your remaining loved ones.

Suicide is Not the Unpardonable Sin

For I am persuaded that neither death nor life, nor angels nor principalities nor powers, nor things present nor things to come, nor height nor depth, nor any other created thing, shall be able to separate us from the love of God which is in Christ Jesus our Lord. – Romans 8:38-39

Jesus rebuked the Pharisees for “trampling underfoot the Spirit of grace” (Hebrews 10:29), in that they rejected Christ and His claims of divinity, accusing Him of casting out demons “by Beelzebub” (Mark 3:22). They hated Him as blasphemous, but Jesus called out their hypocrisy.

In the Romans passage above, Paul asserts that even death cannot separate a believer from God’s love, nor can “things to come.” There is absolutely no way to out-sin God’s forgiveness (and Paul says not to try). When a person accepts Jesus as Savior, he is washed clean of all sin—past, present, and future.

The tenet of suicide as unforgivable stems from the Roman Catholic belief that God treats sins differently depending on their severity. Ranking of sins makes sense to us humans, but God is not like us. He is perfect. (Note that this relativistic view of sin also leads to the frequent, erroneous assumption that God “grades” holiness on a curve, yet the Bible teaches we are all sinners needing rescue.)

In Catholicism, sins are either venial (minor) or mortal (major), the latter of which require stiffer penance. The penitent aims to atone for his sin by various means, like reciting “Hail, Mary” or “Our Father” prayers the number of times prescribed by a priest.

Suicide, then, naturally becomes unforgivable because the person is not alive to carry out his sentence of restitution. He killed himself and died sinful, therefore he is eternally damned. This notion that God will selectively refuse to forgive suicide is based on religious tradition, not the gospel.

Certainly, some sins are attended by more far-reaching consequences, but to God, sin is sin. In Romans chapter three, Paul expounds on how all humans fall short of the Law, God’s perfect standard. Jesus took the matter a step further, equating calling someone “idiot” with murder. If our works had the power to save, then we would indeed need to worry about dying with unconfessed sin.

Honestly, though, who could presume to have repented from every sin in his heart when his time comes to leave the earth? What if he dies in a sudden accident? Thank God that our fate does not rest in the timing or mode of confession. We need no other mediator than the Savior Himself. Jesus makes it clear that what is impossible with man – complete forgiveness and spiritual restoration – is possible with God.

Suicide is Considered by Even the Godly

For to me, to live is Christ and to die is gain. If I am to go on living in the body, this will mean fruitful labor for me. Yet what shall I choose? I do not know! I am torn between the two: I desire to depart and be with Christ, which is better by far; but it is more necessary for you that I remain in the body. – Philippians 1:21-24 Biblical citations of suicide usually include the treacherous Judas Iscariot who betrayed the Lord, and soon after, ended his life in despair. Centuries earlier, King Saul fell on his armor-bearer’s sword and died on the battlefield.

Yet even godly characters of old considered ending their lives. Moses, infuriated with the fickle Israelites, Job, facing a series of epic traumas, Elijah, after killing the false prophets on Mount Carmel, running to the wilderness, daunted by Queen Jezebel.

Each of these men is described as a friend of God, or otherwise notably upright. Yet at their lowest points, each one felt despondent enough to wish for death. Like Paul, they knew that life in God’s presence is “better by far.” Each faithful follower of God could have quit while he was ahead, yet chose to stay, to see what God would make of their dire situation.

The motive for self-annihilation matters. Note that Samson knew that his killing of his captors, the Philistines, would result in his own death. Like Kendrick Castillo, the Colorado student who recently charged a school shooter to save the lives of his classmates, Samson’s death served a greater purpose. Jesus Himself willingly submitted to crucifixion “for the joy that was set before Him.”

Sacrificial deaths are heroic. Absent a selfless gesture, however, suicide is the opposite – the epitome of self-centeredness. God shows compassion to those in pain, but the fact remains that mental illness often obscures the consequences of one’s actions. With myopic awareness, the suicidal person does not take into account the collateral damage he is setting in motion.

A Tragedy for All Involved

And if he [the shepherd] finds it [the lost sheep], truly I tell you, he is happier about that one sheep than about the ninety-nine that did not wander off. In the same way, your Father in heaven is not willing that any of these little ones should perish. – Matthew 18:13-14

Because God went to such great lengths to provide reconciliation for fallen man, the finality of suicide is particularly tragic. Yes, God forgives all of a believer’s sins, but his hasty exit has abruptly silenced every conversation, ghosted every commitment, and called into question the lavish spiritual provision of God.

Is life so unbearable this side of the cross, even in the Holy Spirit’s company? Though the suicide of a believer seems “bad PR” for Christians, the taking of one’s life attests to our brokenness, not God’s.

The only recorded suicide intervention in the Bible occurs in a Philippian jail. While Paul and Silas sing, God sends an earthquake to wreck the jail. In the melee, the guard fears that his prisoners have escaped, which would mean execution for him. He pulls out his sword to kill himself, but Paul catches him in time, shouting, “Stop! Do not kill yourself. We are all here.”

Amazed they did not run, the jailer wants to know about Jesus, so Paul and Silas explain the gospel. The jailer then tends their wounds and brings them to his house “that very hour” to share the good news. Here we see that the disciples considered suicide a terrible mistake.

Part of the Old Earth Order

The memorial service for a completed suicide feels markedly different from the usual celebration of life that characterizes a Christian’s passing, but mourners need not dwell in a pallor of despair. While the means of the loved one’s demise is tragic, consider the testimony of his life before the final act.

Who of us wants to be remembered by our most recent sin? Recall your loved one’s perseverance up till now, the causes that moved him, and the people he loved. Together you can honor the legacy of his life until you meet again where legacies no longer pertain.

From there, a glance back at the travails of earth-life will prompt praise of the only wise God, who has finally wiped away our every tear. God promises to use even evil situations for the good of those who love Him, turning our mourning into dancing.

Articles are intended for informational purposes only and do not constitute medical advice; the Content is not intended to be a substitute for professional medical advice, diagnosis, or treatment. All opinions expressed by authors and quoted sources are their own and do not necessarily reflect the opinions of the editors, publishers or editorial boards of Bothell Christian Counseling. This website does not recommend or endorse any specific tests, physicians, products, procedures, opinions, or other information that may be mentioned on the Site. Reliance on any information provided by this website is solely at your own risk.
Dr. Marie Brown2022-08-18T03:34:02-07:00

About the Author: Dr. Marie Brown

My love for Christ affects everything I do, including the way I treat my clients. As a follower of Jesus, I offer a deep and genuine care for you and your experiences. With sincerity and empathy, I will seek to understand your situation and concerns beyond surface level so we can work together to help you experience lasting relief. I am trained as an Attachment Focused EMDR Therapist and I am a Certified Sex Addiction Therapist (CSAT) candidate. Whether you’re dealing with attachment issues, trauma recovery, sex addiction, or some other concern, it would be my privilege to use my training and expertise combined with biblical principles to help you find peace and healing.
Page load link